Researchers at Albert Einstein College of Medicine of Yeshiva University have shown that close supervision by rheumatologists and the use of immunosuppressant drugs improve the survival of lupus patients with end-stage kidney disease – a finding that could reverse long-standing clinical practice. Their study appeared in the September 1 online edition of the Journal of Rheumatology.

Anna Broder, M.D.At least 1.5 million Americans (more than 90 percent of them women) have lupus (officially known as lupus erythematosus), a chronic autoimmune disease that can damage many organs of the body. Treatment usually involves using immunosuppressive drugs to blunt the immune system’s attack on the body. Kidney disease is a common complication of lupus, and up to 30 percent of patients with lupus-related kidney disease ultimately develop end-stage renal failure.

“The lupus disease process was thought to become inactive once kidney failure develops,” said lead author Anna Broder, M.D., assistant professor of medicine at Einstein. “As a result, patients generally haven’t been encouraged to continue with immunosuppressant medications or to follow up with their rheumatologists after developing end-stage kidney disease. But recent studies have suggested that lupus can indeed remain active after patients start dialysis or receive a kidney transplant.”

“Our research shows for the first time that under-supervising and under-treating these lupus patients was associated with an increased risk of death,” said Dr. Broder. The Einstein researchers reviewed the charts of 80 lupus patients with end-stage renal disease who had been started on renal replacement therapy (i.e., either kidney dialysis or kidney transplant). Twenty-two of the patients had been seen frequently in rheumatology clinics (two or more visits per year), while the other 58 patients had been followed infrequently (fewer than two visits per year). 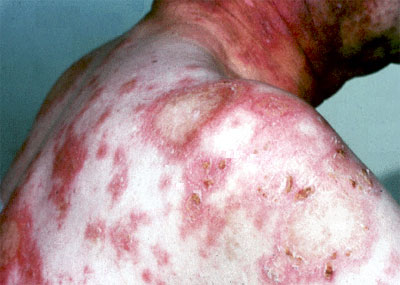 “If these findings are confirmed by future studies,” said Dr. Broder, “they may significantly change the way lupus patients with end-stage renal failure are managed while on dialysis or after receiving kidney transplants.”

Systemic lupus erythematosus (SLE) is a long-term autoimmune disorder that may affect the skin, joints, kidneys, brain, and other organs.
Causes, incidence, and risk factors

The underlying cause of autoimmune diseases is not fully known.

SLE is much more common in women than men. It may occur at any age, but appears most often in people between the ages of 10 and 50. African Americans and Asians are affected more often than people from other races.

SLE may also be caused by certain drugs.

Other authors of the study, “Under-treatment of disease activity in lupus patients with end-stage renal failure is associated with increased all-cause mortality,” were Saakshi Khattri, M.D., Montefiore Medical Center; Ruchi Patel, M.D., Jacobi Medical Center; and senior author Chaim Putterman, M.D., professor of medicine and chief of rheumatology at Einstein. This research was supported in part by the National Institute of Arthritis and Musculoskeletal and Skin Diseases, part of the National Institutes of Health.

We comply with the HONcode standard for trustworthy health information:
verify here.