The findings, published in Brain Communications, are part of the ongoing NIH DREAM (Drug Repurposing for Effective Alzheimer’s Medicines) initiative.

“This design choice is likely to result in comparison of individuals with erectile dysfunction — which is by far the most common indication for sildenafil — to generally older individuals with diabetes or hypertension,” Thambisetty observed.

“Since worse cardiometabolic health is a well-recognized risk factor for Alzheimer’s disease, and seeking treatment for erectile dysfunction is likely reflective of a certain level of preserved physical and cognitive function, we believe that results from [Cheng’s group] can be at least partly explained by severe confounding by indication,” he pointed out.

“We restricted our analyses to an alternative indication for PDE5 inhibitors — PAH — and selected an equivalent comparator drug that is used for the same indication to minimize confounding by indication,” Thambisetty stated.

In rodents, sildenafil has been shown to improve memory and cognitive function, help synaptic plasticity and learning, and reduce amyloid burden. Tadalafil also has improved memory and learning and lowered amyloid in rodents. “However, results in human studies have been inconsistent,” Desai and colleagues noted. 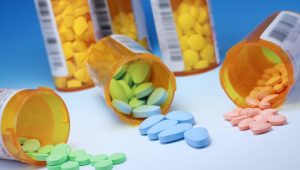 Erection issues are plenty common, even in guys who aren’t as old as the famous Viagra pitchman, former senator Bob Dole. Seven percent of 18- to 29-year-old men and 9 percent of 30- to 39-year-olds are unable to achieve orgasm, according to a study in the Journal of the American Medical Association.

The researchers also tested whether sildenafil had effects on cell culture-based Alzheimer’s models and found no evidence that the drug corrected molecular abnormalities associated with Alzheimer’s disease.

The study may have been underpowered to detect differences of small magnitude, Desai and colleagues noted. Evaluating people with PAH allowed for unbiased comparisons of treatment effects, but this population is atypical with a high underlying cardiometabolic disease burden, they acknowledged.

How Do Erectile Dysfunction Drugs Work?
The class of drugs that Levitra, Viagra, Stendra, and Cialis belong to are called PDE5 inhibitors. They work by relaxing tight blood vessels, allowing more blood to surge into the penis and cause an erection, says Gregory Bales, M.D., an associate professor of urology at the University of Chicago.

The little pills do the trick for more than two-thirds of men with erectile dysfunction (ED). They also work for guys who simply need them for a short time to get their “confidence back,” says Michael Eisenberg, M.D., director of male reproductive medicine and surgery at Stanford University.

The DREAM study is funded by the intramural program of the National Institute on Aging.